6. A chemist prepares his experiments carefully before trying to carry ______ in his lab.

13. You have to hurry up if you want to buy eggs because there's hardly something left.

A. everywhere B. something C. nowhere D. anywhere

16. He felt bad because he had drunk too many the night before.

18. Usually there is ______ traffic in the streets on weekdays than on Sundays

21. Nowadays ______ seems to enjoy looking at fat girls. That is why many companies have developed special foods to help people to slim.

A. everyone B. anybody C. somebody D. no one

27. There are two windows in this bedroom. ______ of them face south, overlooking a beautiful park.

A. any building B. any other building C. all the building D. all of buildings

29. Some people hope to be more successful while ______ simply want to feel more comfortable

30. Some people go on diets. people exercise with special equipment, take medicine, or even have surgery.

34. In the world no country has exactly the same folk music ______ that of any other countries.

1. It is often easier to a particular tool than to use them correctly.

2. 去火车站步行需要半小时. [It takes half an hour to walk to the railway station.]

3. (我用了一周的时间) to finish reading the novel.

5. It was difficult for him to buy good shoes because he had such a big pair of feet.

2. Modem technology has made ______ possible for the whole world to be close than ever before.

4. People have proved them to be true that the heat we get from coal oil comes from the sun.

5. I don't think that possible to a foreign language without much memory.

2.It was her who suggested that he go to New York in order to get a direct flight.

3.It was the United States that they came to know each other got married.

5.It was last night when I saw your brother at the cinema.

9.It was until he got a map that he started on his way.

10.It is during his spare time ______ John has been studying a course in French.

1.It has been less than three months before she joined the army.

2.To my surprise, ______ turned out that John failed in his examination. 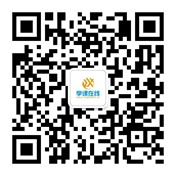